Just a note to say hi

I needed to send a note to someone I haven't seen for ages, & despite all the hours I spend making cards, had nothing in my stash that seemed appropriate.
I did briefly consider buying a miniature envelope die (don't you find you get carried away with dies & forget that you have hands & scissors?) but having successfully cut one freehand, I'm glad I didn't bother.  Although it doesn't show in the photo, the dark pink strip has been embossed to look like grosgrain & that, combined with the cut-out were a direct case from Ardyth's card here.
I added the confetti because things just looked a little too stark without it. 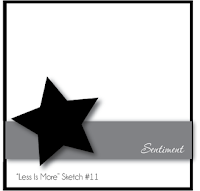 There is usually a bottom on show at some point in our house.  Mostly from a small boy dodging naked in & out of the bathroom, but quite often from my DH as he crouches down stoking the fire, or through the gap in the kitchen bar stool when he is on the computer.  You probably have a terrible vision in your head right now.  Sorry.  Anyway, it has become something of a standing (or not ;)) joke.
So I don't know why I haven't thought of this valentine's card before now. 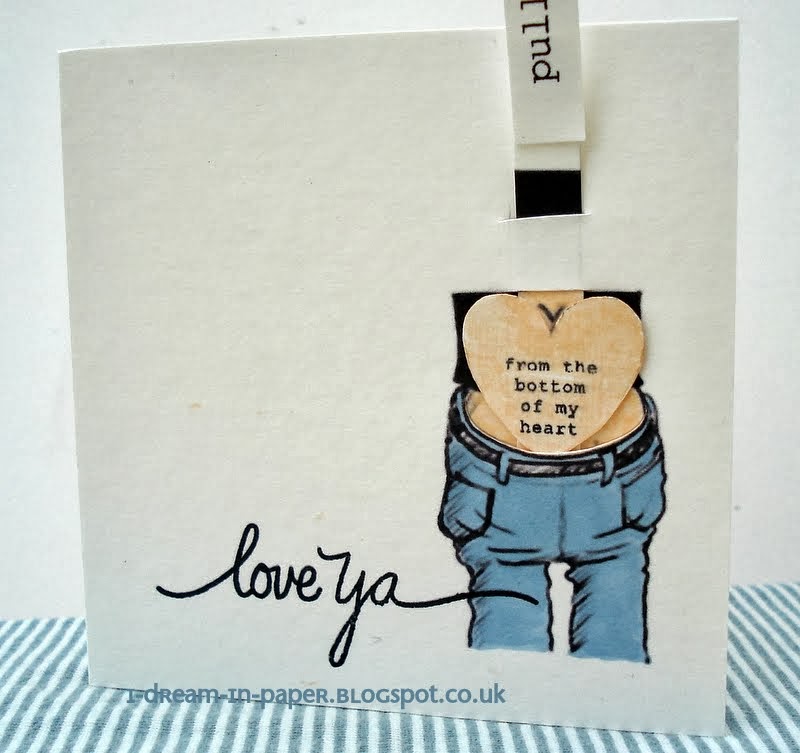 ﻿
I found just the right picture by googling 'builder's bum' images.  There were a lot more than I bargained for, so it was not a particularly pleasant exercise!
A lot of faffing about ensued, as I haven't made an interactive card for quite a while now, but I think it was all worth it.

Edit: Have decided to enter into CASology 'Contrast' because of the contrast between the big cursive sentiment & the tiny font on the heart.
Linking to:
Paper Smooches: Anything Goes
Simon Says Stamp Wednesday Challenge: Let's have a laugh
CASology: Week 79 ~ Contrast
Posted by Jenny @ I-dream-in-paper.blogspot.co.uk at 10:30 8 comments:

OK, so your son gets invited to a party.  You don't really know the child very well.  Your son is less than forthcoming about his interests.  As for present ideas?  Hopeless.  So what on earth can you put on a card to make it personal?

And then you see this week's Muse inspiration, & everything suddenly falls into place!  (With a little Tagxedo help on the way).  A few scraps of coloured card & a bit of glossy accents, you're away.

And then you can't stop at just a card... (Well, actually, you find a use for the piece of card that went through the printer at the wrong angle & you were originally going to throw away).


I think I'll make a stash of these to keep on stand-by.  But not all with Ewan's name.  Obviously.  We don't know that many Ewans.

Using texture for The Card Concept

The Card Concept this week is all about texture, using this photo for inspiration: 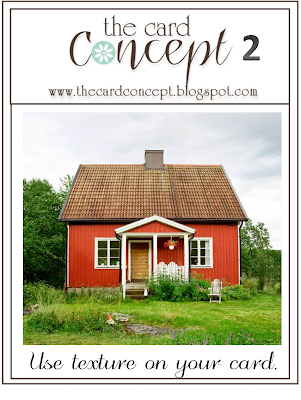 I chose to use the colours & white woodwork for my card.

The wreath didn't start out like this. I spent a long old time winding the twine tightly around the ring before deciding it was too staid & boring.  So I spent what seemed like even longer unwinding it again.  I then applied adhesive to both the front & back, then made as if to wind but trimmed to the right length instead. That wasn't quick either!
Periodically things began to look a little more shaggy than intended, so some impromptu shearing took place as I went.
The 'woodwork' is simply strips of card laid down at intervals.  I used the corner of my scoreboard to ensure that everything lined up square (having spent a while making sure it had all been cut squarely in the first place... NOT a forte of mine).
And yes, the sentiment does bear more than a passing resemblance to a PTI greeting but I don't have it as a stamp, so had to improvise.
Given yesterday's definitions, I think this would fall in the 'clean & layered' camp. 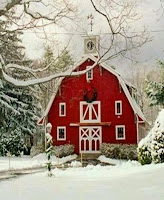 Something pink & sparkling for a very glamorous friend. 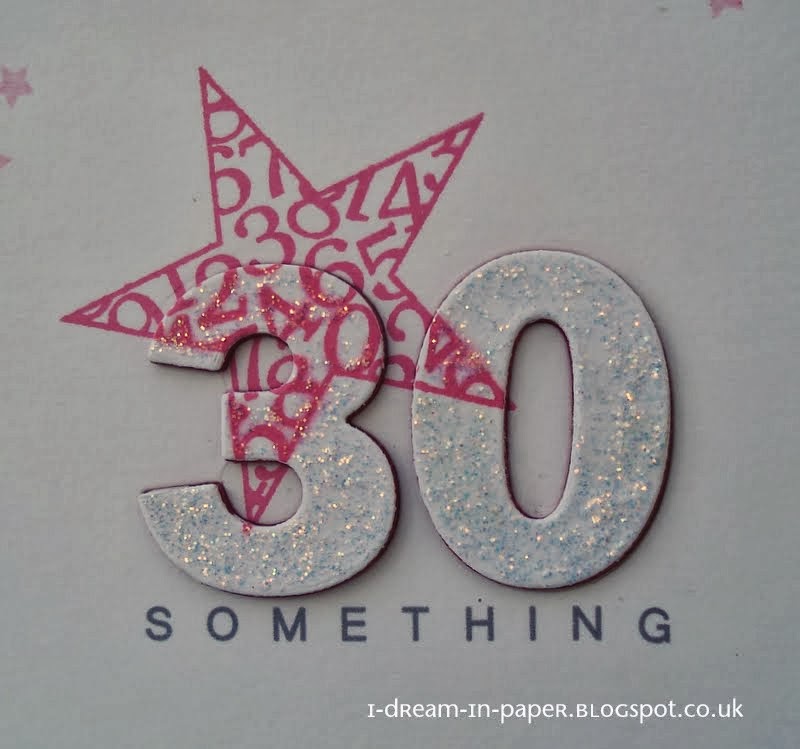 
Loving the Confetti stamp set that popped through the door on Xmas Eve, such an easy one to use for CAS. Here I have belatedly jumped aboard the 'on the slant' trend. When I was at work , we had a slightly different name for things that weren't quite straight, but it isn't complimentary so I shan't use it here!
Linking to:
Mama Elephant: January Picture Challenge
Posted by Jenny @ I-dream-in-paper.blogspot.co.uk at 14:13 2 comments:

The complete antithesis of a one layer card today: this has a staggering 8. I could be falling in love with layers.
This is my entry for the brand new Card Concept Challenge, which invites us to use kraft, espresso, pink & vanilla together. Now initially this combination yelled CAKE right in my ear, but then somehow morphed into the above in my craft room. Will have to satisfy the CAKE thing another way...
Linking to:
The Card Concept: Challenge 1 ~ Colours
Addicted to CAS: Challenge #29 ~ Die Cuts
Posted by Jenny @ I-dream-in-paper.blogspot.co.uk at 13:06 11 comments:

Now it's nice & quiet here, I can break out my Silhouette again.  It hasn't seen the light of day for a wee while, but I have re-furbished it with new mats & blade & it's now armed & ready to craft.
A very simple card inspired by CAS-ual Fridays & all the project life stuff I have seen on line lately.  I'm NOT a scrapbooker & probably never will be (in some part due to my terrible photography...), but I love the look of all the embellishments that are available. 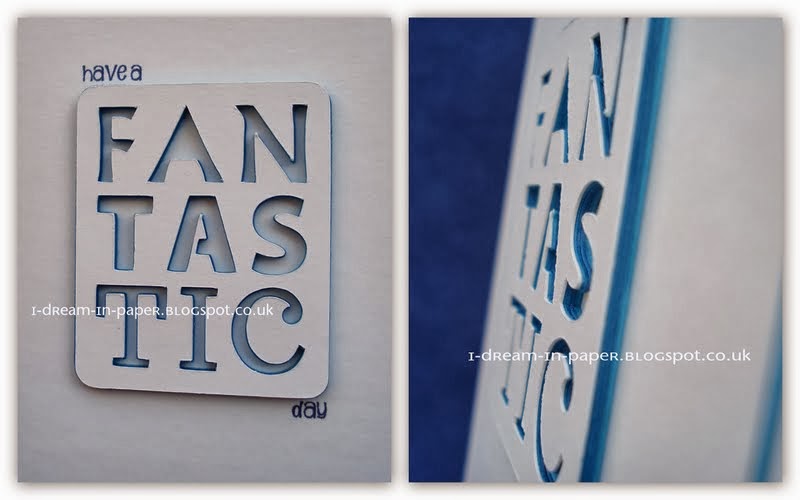 I took a few different swatches from a book of Lidl cardstock that I have been hoarding saving for just such an occasion & cut them all out together, before layering up on the card.


I'm now looking longingly at the large pile of discarded letters, but they will have to wait for another time!
Linking to:
CAS-ual Fridays: CFC125 ~ In a Word
Less is More: Week 153 ~ Winter Blues
Addicted to CAS: Challenge #29 ~ Die Cuts  (thanks Kimberley for the heads up on this one!)
Posted by Jenny @ I-dream-in-paper.blogspot.co.uk at 11:30 8 comments: 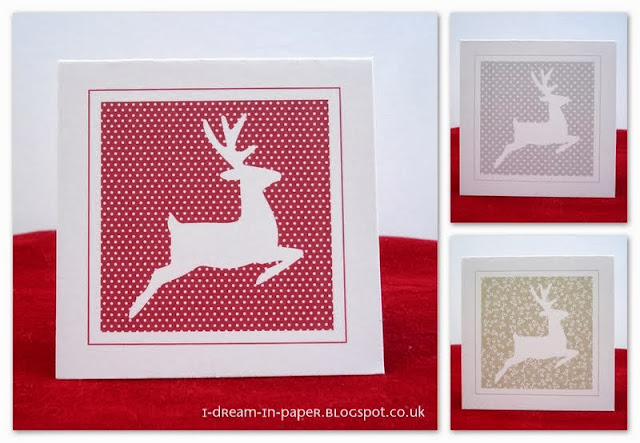 Hello folks (if there is anyone still out there) & a happy new year to you.  Not quite sure what happened to December, things sort of ran away with me.  It didn't help that my craft room is used as a dumping ground for all the last-minute-tidying-away-before-the visitors-arrive.  That's going to take a while to excavate.
Which is why this post is purely digital.  These cards were created using Silhouette Studio (free to download - you don't have to buy a Silhouette machine), along with Pink Petticoat papers.  The reindeer is a freebie, here. I used the trace feature to get the deer outline, then subtracted it from a square & used the result to crop the papers.  Any simple outline or font could be used.
The cards are sized so I can print 3 out on one sheet of A4,  all one layer, easy to send.  I also used this image for some of my Xmas decor this year - printed on photo paper & hung in simple frames from Ikea that usually carry other pictures: 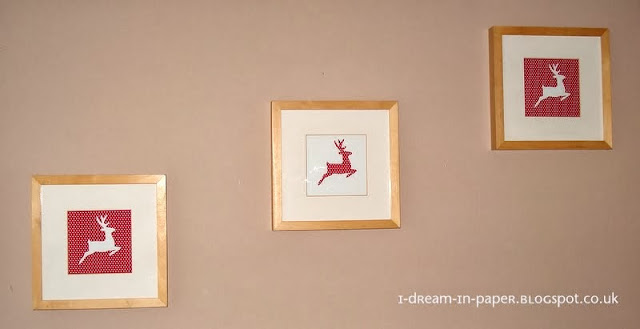 If you know the your friends' colour schemes, you could send a card to match!
Linking to:
One-Layer Simplicity Challenge: #1 ~Re-stocking the shelves
Posted by Jenny @ I-dream-in-paper.blogspot.co.uk at 11:59 6 comments: